What would Pythagoras say about AI?

Picture this. A video of a teary guy talking about how he stopped a bunch of people from beating a dog goes viral. He explains, sobbing and weeping, that he had to do it as he saw a dead friend in this dog. The experience shook him so much that he turned vegetarian and espoused reincarnation. The video gets him thousands and thousands of views on various social media and he soon develops a cult following with strict rules of what not to eat, how not to look at yourself in the mirror and to always do your bed in the morning. Things are going so well that he soon begins to organise retreats in very instagrammable locations with long waiting lists. Curiously enough, he mostly talks about religion and numbers. When did this become so on trend?

Things were only slightly different for Pythagoras in 532 BCE. And perhaps it was easier to sell the magic of numbers to his followers. Perhaps it was this intoxicating blend of the mystical and the scientific side of numbers, for Pythagoras ascribed metaphysical significance to the numerical. Pythagoras proposed that reality is constituted by number, quite literally that all is number, e.g. marriage is obviously number three, and ‘the right time’, as you might have guessed, is number seven. Needless to say, the meaning of life is indeed 42. He and his followers believed that everything in the universe must then conform to mathematical rules and if we understand these rules, we’ll understand the nature of everything.

I have an inkling that Pythagoras would love AI and the digital world simply because he could prove it is literally made of numbers. Numbers give this world form, numbers govern it. The digital is a reality constituted by number. AI is made of layers and layers of numbers and mathematical operations performed continuously at super high speeds. If he sat down and thought long enough, he would be able to reduce this world to a set of numerical relations, and perhaps tell us that AI is nothing else but number nine. But I think he would also enjoy being an evangelist for AI, mixing the mystical and scientific, proclaiming either the upcoming #AIpocalypse or spreading the promise of #parAIdise. Either way, he would get all the keynotes and a Twitter verified profile.

There’s an interesting and sad twist to this story. Pythagoras loved harmony and whole numbers represented the utmost perfection in his eyes. He was convinced the world was made of integers and integers only, and everything could be represented either by these numbers of their ratios. Imagine the terror Pythagoras must have felt when a guy asked him about the length of a diagonal of a particular square. The problem was this: “We know that the square of the diagonal’s length is the sum of the squares on the other two sides. It is two meters square, for 1 x 1 + 1 x 1 = 2. But what is the square root of 2?” Of course, the answer was not an integer, and the man was subsequently sentenced to death by drowning.

Perhaps this is the problem with AI. For it to work, we need to turn the world into numbers that we can feed into computers. This would make the digital world as harmonious and organised as Pythagoras would have wanted it to be, but too many things in the world are like the square root of 2: they just don’t want to conform, they don’t want to be neat integers, they reject being expressed as ratios. The more we try to recast our world as data that feeds AI, the more things crop up that can’t be datified. Marriage doesn’t really feel like number three after all…

And what would you say about (what Pythagoras would say about) AI? Leave a comment below! 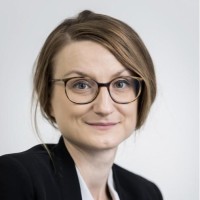